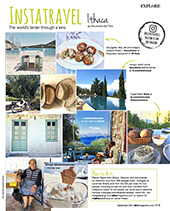 It was the trip we always dreamt of taking but had never quite managed. Crystal clear turquoise water, azure blue skies, white pebble beaches tucked away in secluded coves accessible only by boat; the heady scent of jasmine, rosemary and pine mixed with the tang of sea salt;

Discovering A Greek Hillside, May 1997

Spring 1990 brought us to the small island of Ithaca, in recent times known for little but its sheer beauty, but famed for its king and hero Ulysses who, history tells us, was the brains behind the winning wooden-horse idea that ended the long war of Troy……………..

……a million miles from the popular idea of a Greek holiday island, Ithaca is as peaceful and serene as Homer painted it 3,000 years ago. And I have a sneaky feeling that he may have pitched his writing desk overlooking the bay at Levendi's Estate........Jed Novick

Nestled atop a hillside on the enchanting island of Ithaca in Greece, Levendi's Estate is an ideal retreat for families, honeymooners, and all other vacationers who are seeking a fabulous, eco-friendly getaway.

An olive grove with gnarled trees, some planted 1500 years ago, Levendis is a hillside landscaped into a beautiful organic garden looking out to white cliffs with fingers of green scrub reaching down to the improbably blue Ionian sea.

Everything Levendis does is geared to the health of the environmentally fragile island of Ithaca.

"You really must call into Ithaca on your way to Athens from Italy;" the advice of a friend proffered in 1976. A 25 year-old from Antipodes, intent on seeing Europe, consulted her map.

I've seen tiny Ithaca, one of the seven Ionian Islands, every which way and in all weathers. I strongly argue the case for visiting places out of season, and finding what it is that really sustains them.

An island for all seasons and all stories, the tiny jewel in the Ionian Sea that is Ithaca, is steeped in myth and tradition. It's the seat of the legends of The Odyssey and The Iliad, and carries a theme of separation and loss, nostalgia and reunion. 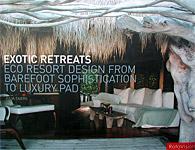 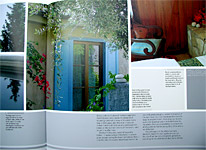 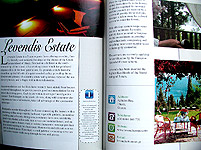